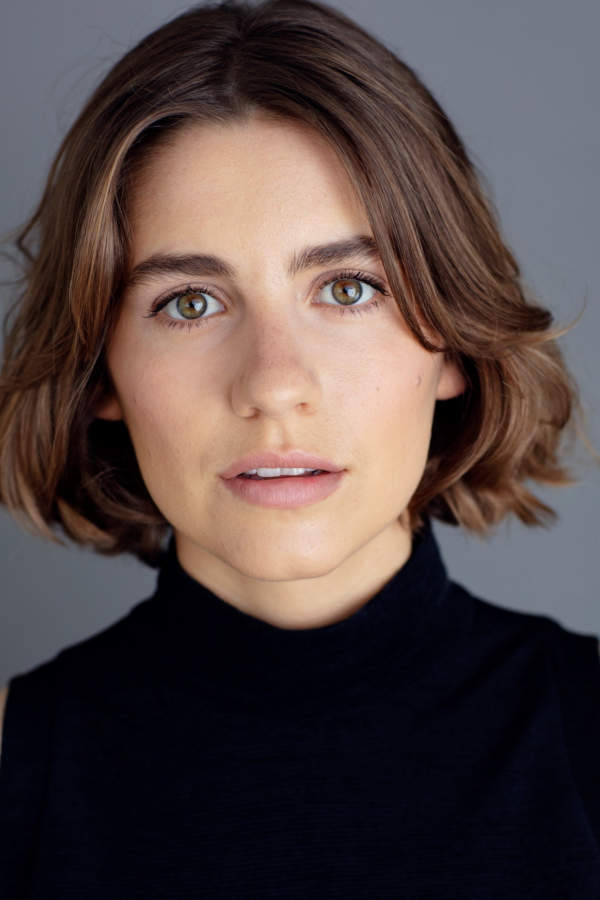 Originally from Canberra and of French-Australian heritage, Nathalie came to New Zealand to study acting for three years and graduated in 2018 with a Bachelor of Arts Degree from New Zealand’s leading Drama School: Toi Whakaari.  She also trained with the Canberra Youth Theatre at the Workcenter of Jerzy Grotowski.

In 2019, Nathalie was cast in the TVNZ & Great Southern Television web series The Basement. From there, the producers cast her in their next Network series for TVNZ’s Winter Drama Season, One Lane Bridge, filming in Queenstown, NZ.  She returned in 2021 for series two and S3 is pending. Between these two productions, Nathalie was cast in the US Feature Film Black Christmas for Blumhouse Productions, staring alongside acclaimed UK actor Imogen Poots.

At the beginning of 2020, Nathalie was cast in the WGN, US Series Almost Paradise which filmed in the Philippines, playing the daughter of lead actor Christian Kane.  Fortunately, Nathalie wrapped shooting this crime drama just a few days before New Zealand’s COVID lockdown. Nathalie played Nina in Emily Bishop’s production of Chekhov’s The Seagull, which screened online during COVID and was met with worldwide acclaim. Whilst in isolation, one of Australia’s leading Casting Directors, Kirsty McGregor, invited her to tape for the exciting new series BUMP. This gave Nathalie the cherished opportunity to return to her home country of Australia and work alongside acclaimed actor/producer, Claudia Karvan and actor Angus Sampson. Of her time on the show, Nathalie said it was an honour to learn from Claudia’s discipline and passion. She has recently completed S2 and S3 is set to shoot in 2022.

Nathalie filmed her first Australian feature film, Petrol in 2021. The film is produced by Robert Connelly’s Arenamedia and directed by acclaimed filmmaker Alena Lodkina. Always up for a challenge, Nathalie relished the opportunity to learn Russian for the film. We hope to see that film completed this year.

Nathalie can’t wait to tackle many more Australian and overseas projects and, would love to return to the theatre as well, where it all began.